The History since 2008
The ITF Board of Directors decided in 2007 under the leadership of our late President GM Tran Trieu Quan to develop the ITF in Africa. I was appointed to start this project in Ethiopia and the first seminar was conducted in June 2008. Many seminars followed in the years after e. g. 3 IIC’s, 2 Kids Courses and many other technical seminars (pattern, sparring, self defence and umpire).

Other country representatitives participated in the years after e.g. Kenya, Mozambique, Zimbabwe, Madagascar, Uganda, South Africa, Djibouti and South Sudan and could start to establish the ITF in their countries (many of them joined us from ITF Chang Ung and some of GTF and WTF).

The Seminars
400 red- and blackbelts participated from August 2nd to August 4th at pattern, sparring, self-defence, Kids, step sparring and umpire seminars and due to the good work of the team (Masters McNairn and Santaniello, Subums Enander and Morris and Mr. Olsson and myself) we were able to devide the big number of participants into severeal groups and could work more effectively and successfully. 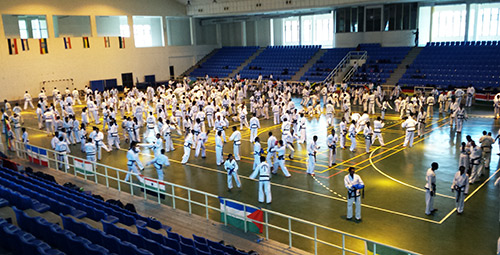 The Plan
In the 9th year of hard working in Africa it was the plan to establish the African Taekwon-Do Federation = ATF. It was the right time to do so because this will have a big impact on the further development on the African Continent for both: the ITF and the African Member Organisations.

The Historical Meeting
On August 5th, 2016 the 2nd African ITF Continental Meeting was held at SAREM International Hotel as a Constitutive Meeting at Addis Ababa with the participation of 9 member countries of our ITF (in alphabetical order):

The atmosphere was fantastic and with every moment it was clear that the African representatives are “really brothers and sisters in TKD”. 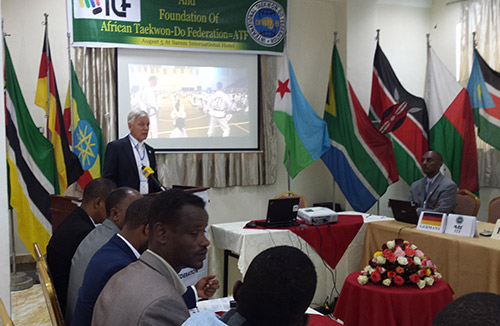 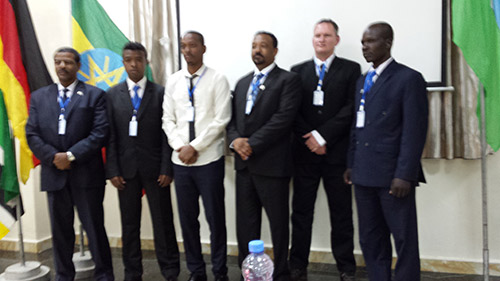 The ATF will be registered in Ethiopia (Addis Ababa) and the new elected President will proceed to the Ministry of Law with the complete paperwork to apply for it. 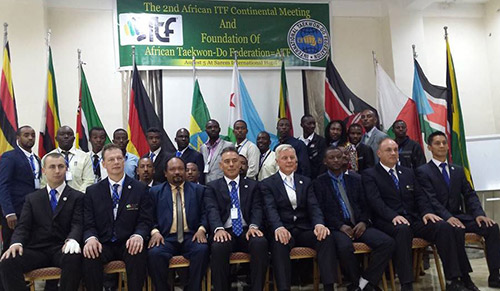 History Repeats
The number 9 was a very important number for our beloved Founder General Choi Hong-Hi. 50 years after the establishment of the ITF in 1966 with 9 founding members again 9 countries were the founding members of the ATF and for the first time in ITF history a Continental Federation has been established on the African Continent.

The 5th African Cup on August 6th and 7th
For the first time only blackbelts were allowed to participate. More than 300 competitors from 10 African Countries participated plus France and again Jamaica!

The organiser did a wonderful job including the referees and one of the highlights was the opening ceremony.

EITA improved a lot since the 1st African Cup and the tournament became better and better. 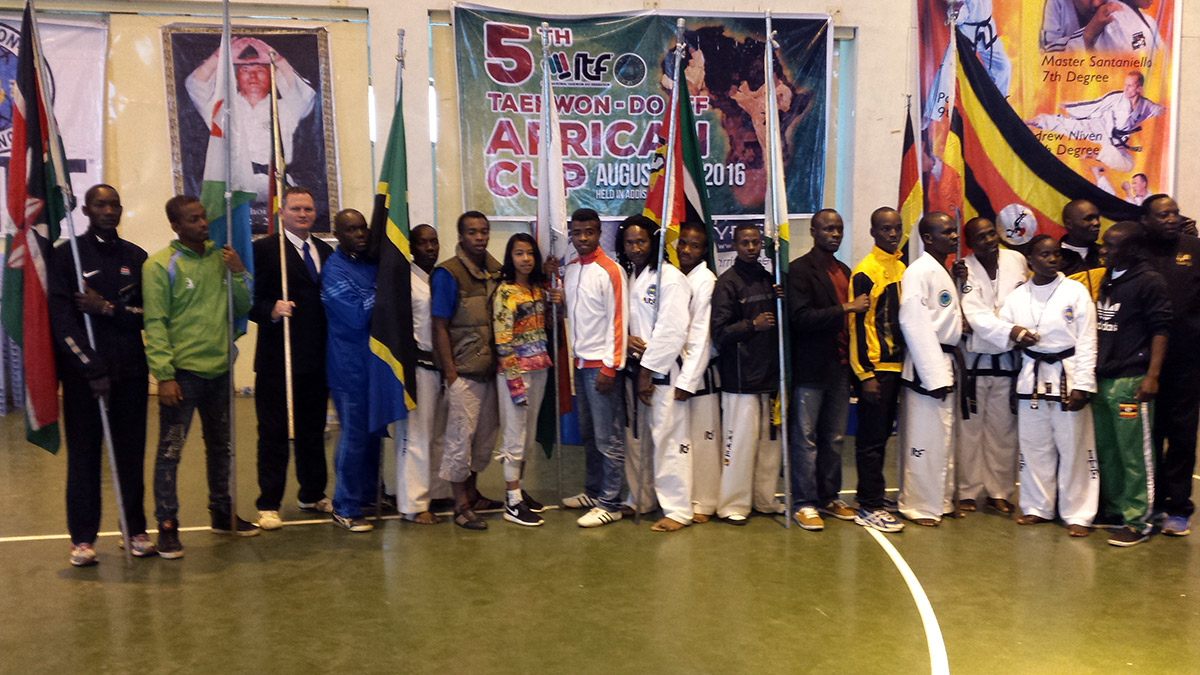 Participants from all 10 African Countries after the 5th African Cup. 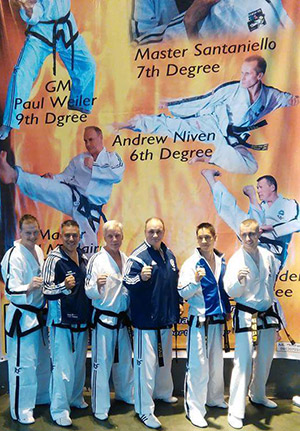 ATF Website
Sabum Niklas Enander established the ATF website with the help of his student Viktoria Olausson. Many thanks for this great achievement and support.
www.itfafrica.com
www.tkdafrica.com

Thanks!
– to the ITF Board of Directors
– to TOVA ENVIRONMENTAL (Master Affatigato and Mr. David McGinley
– to Mighty Fist (Sabum Jonathan Morris)
– to “The Team”
– to EITA